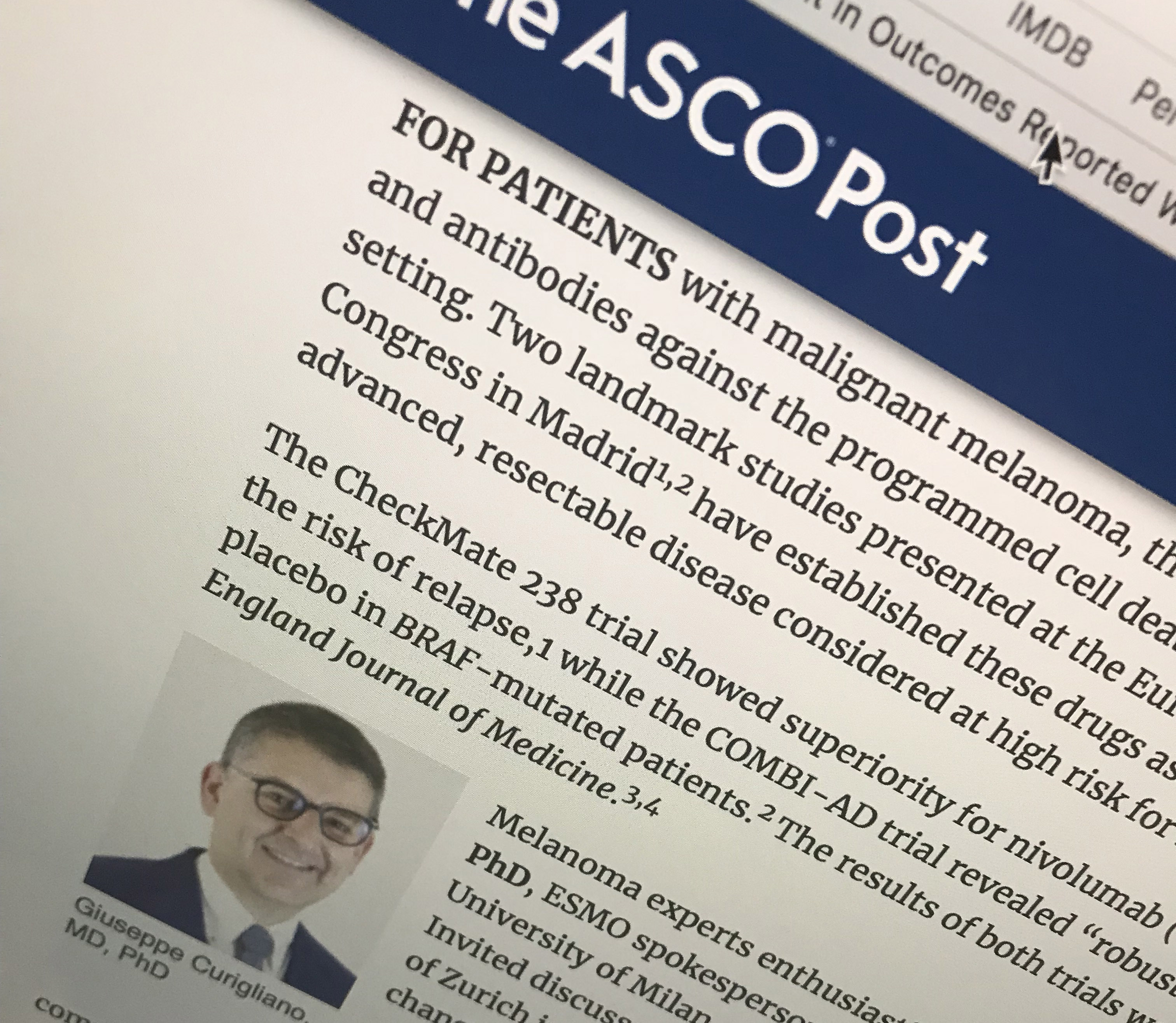 Two new studies published last month showed exciting new advances in the treatment of melanoma. We know that patients who have a local melanoma resected with lymph node involvement have a very high risk of relapse (over 50%) without any further treatment.  These two studies looked at adding systemic therapy—either targeted therapy or immunotherapy—to see if we could decrease the risk or relapse.

In the CheckMate 238 trial, nivolumab (an immunotherapy against PD-1) showed significant superiority over another approved therapy, ipilumimab in stage III resected melanoma. The study was stopped early because nivolumab was both more effective and better tolerated.  At 18 months, 66% of patients receiving nivolumab still had not relapsed vs 53% of patients getting ipilumimab.  Nivolumab has been approved by the FDA, and it should be the new standard of care to treat high-risk resected melanoma.

The COMBI-AD trial looked at using targeted therapies to treat high risk melanoma after resection. About 50% of melanomas have a specific DNA mutation in a protein called BRAF that turns on cell growth.  We check for BRAF mutations in melanoma because we have specific medications that can turn off those proteins effectively. This trial was designed to look at that population of melanomas that were resected that had a BRAF mutation. These high risk melanoma patients received targeted therapy for one year with dabrafenib and trametinib (two pills) and were compared with patients receiving placebo.  Patients on targeted therapy had a 53% risk of reduction in relapse rate and seemed to have an improvement in overall survival as well. We expect this combination to be approved by the FDA in high-risk melanoma patients that have BRAF mutated tumors soon.